I am Surendran K. Pattel, and I am seeking the Democratic Party nomination for 240th Judicial District Court Judge. I have been a licensed Texas attorney since 2009.  Prior to that, I was a lawyer in India. Politically, I am committed to the Democratic Party and its ideals. Professionally, I believe that our courts, especially those that deal with family matters, must be as accessible and compassionate as they are fair and just.

I was born in the State of Kerala in South India to a financially strapped family on May 29, 1971.  In 1989 I received a two-year pre-degree, graduating No. 2 in my class.  The same year, I was accepted at Payyannur College, an affiliate of the University of Calicut, where I completed a Bachelor of Arts degree in political science in 1992, again graduating  No. 2 in my class.  During this period, I worked to earn my way through college and to provide financial support for my family, attending classes and working nights and weekends.  After earning my B.A., I was accepted at Government Law College Calicut, another affiliate of the University of Calicut in Kerala.  I received the L.L.B. Degree in 1995.

I Started My Professional

career in 1996 in Hosdurg, Kerala.  As a trial lawyer, I gained extensive experience in civil and criminal cases, election law, matrimonial proceedings, and labor and industrial law. In 2005, I relocated to Delhi, India, where I practiced before the Supreme Court of India, acquiring invaluable experience in appellate law.  Over a three-year period, I  represented clients in 32 cases before the Justices of the Supreme Court of India.

Throughout my life I had always admired the United States, its ideals, and its Constitution. In 2007 great opportunity and challenge presented themselves to our family when my wife, a registered nurse, was selected to work at a major medical center in the United States.  We applied for and received permanent-resident visa status and moved to Houston with our toddler daughter and a second daughter on the way. The move fulfilled the dreams that both of us had for a life in the United States. 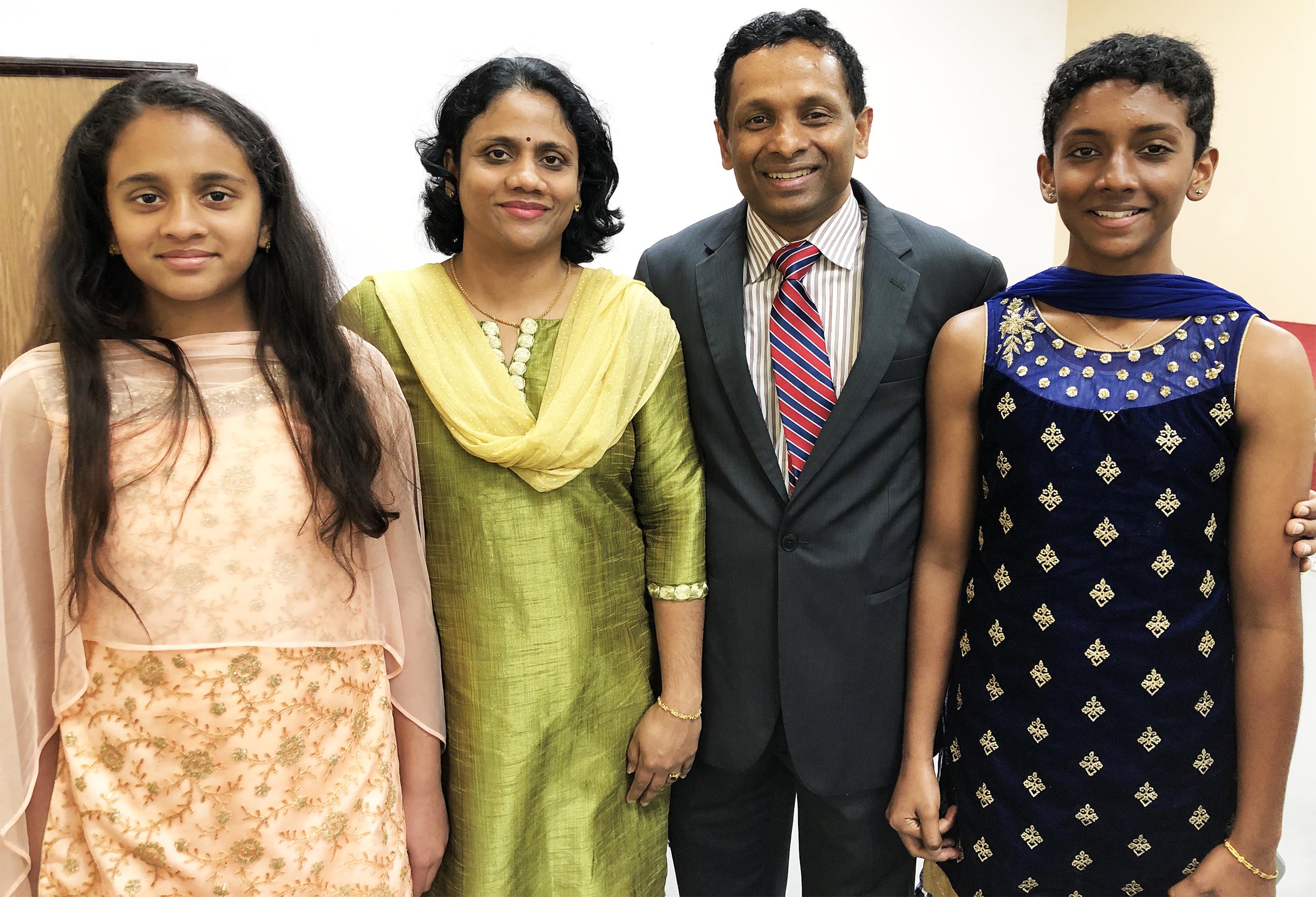 I applied to take the Texas bar exam, having studied on my own to prepare for the test.  The Texas Board of Bar Examiners allowed me to sit for the exam in July 2009.  In the process, I took the Multi-State Professional Responsibility Exam and passed with a score of 113, significantly higher than the score of 85 that is required for passing. I passed the bar exam itself on my first attempt.

Since I wanted to learn more about U.S. law and improve my academic credentials, I applied for the LL.M program at the University of Houston Law Center. I concentrated on international law and completed the program in the fall of 2011.  In my professional capacity in the Houston area, I have acquired broad-based legal experience in and out of the courtroom.  I have done a vast amount of contract work, and also practice through my own firm, PKS Law Firm, PLLC.  My areas of practice include family law, civil and commercial litigation, real estate, criminal defense, and transactional matters.

At the University of Houston, my research paper, “The International Criminal Court and Crimes of Aggression: Beyond the Kampala Convention” (June 15, 2012), was published in the Houston Journal of International Law, Vol. 34, No. 2, 2012.

I have written bylined columns that have been published in the Voice of Asia newspaper.  Topics have ranged from family and real estate law to immigration and international business.  Specific columns have included: